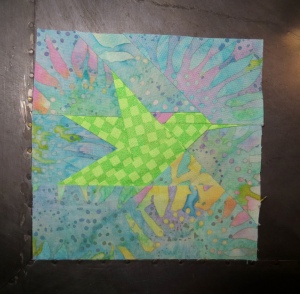 I was a bachelorette this weekend. My husband was out of town and I had the whole weekend to do whatever I wanted to. I *should* have made a ton of birds, but I only made 2.75 birds. However, I did sleep a lot today. Any during my daytime nap I had the strangest dreams about people I haven’t seen or thought about in years. One of those was April.

I met April when we roomed together during our orientation before our freshman year in college. We decided to be roommates the following year, both of us terrified of rolling the dice. She had tattoo’s; I always wanted a tattoo but was too scared to get one.

One night, I came back to my room and a male RA from another floor was crashed out in our room.  He was drunk and couldn’t make it back to his room without getting seen and kicked out. Boys after hours were NOT allowed. And I was NOT a rule breaker. I still have trouble breaking the rules. I spent that night in the TV room until he woke up and left and then I moved out as soon as I could. I regret that, she was pretty cool and super nice. If I had stayed with her, I probably would have that tattoo by now.