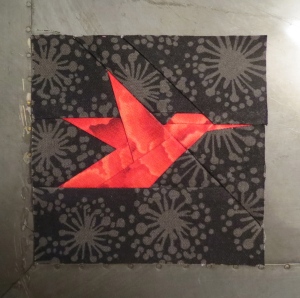 Tonight’s block is dedicated to Angela’s mom Doris. Doris was a second mom to me growing up. We were neighbors, but honestly we were family. One of my earliest memories was of her youngest son being born. I remember we were in grade school and I found out on the playground. I think mom and dad picked up Angela and her sister and they stayed with us until they could go up to the hospital (but that part is a bit fuzzy). But it’s the emotion I remember the best; the joy and excitement of a new baby! I think I was in 3rd grade…maybe.

We have already established that I ate at Doris’s house often (see last night’s post). As I got older, I often hung out with Doris even if the kids weren’t home. I remember one day we had an earthquake while I was over there. It wasn’t a major earthquake, but we didn’t have them that often so when we did, it was cool. The house started shaking and Doris yelled “Paula Sue, get under the table”. The oven door popped open and scared the crap out of me (not literally). But that was OK, because I was safe under the table. Doris, however, never got up out of  her chair. I remember thinking “Why in the world didn’t she take cover?? She could have been hurt!!”.

After the earthquake we went outside, I am pretty sure I ran outside, to see if the neighbors felt it. Our neighbors were sitting in lawn chairs in their front yard the whole time and they didn’t feel a thing. The big scary earthquake that caused the oven door to pop open wasn’t even strong enough to be felt unless you were inside of something, like a house, to notice the shaking. So I guess she was justified staying comfortable while I was crouched on the floor under a table. 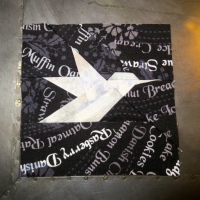