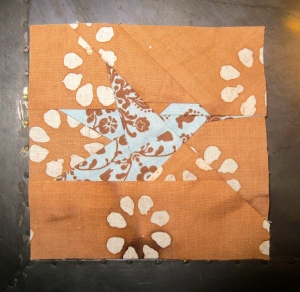 It’s a late birdie tonight! If I don’t type quickly, it will be tomorrow. Tonight’s bird is dedicated to Megan D. This bird is brown, brown makes me think of the squirrels in the yard, squirrels make me think of Megan. So there you go…

Megan hates squirrels. I mean really, really hates squirrels. I’m not making fun of her; everyone has “a thing” and that is one of hers. That doesn’t mean I don’t have to fight the urge to send every cute squirrel picture her way.

Many moons ago, Kristi, Megan and I worked together. Kristi and I were at work when Megan called. Apparently a squirrel had gotten into her apartment and she couldn’t get it out. So we went over there to see what we could do. Nothing worked. We mostly just tried shooing it with a broom but couldn’t get it near the door for anything. At one point, the squirrel got too close to the hot water heater (no… don’t go there… there is no baked squirrel in this story). The hot water heater had a big label sticker on it that was in the process of falling off and the squirrel got stuck to it. So it was frantically trying to get off the sticker and away from the broom. It was chaos. Kristi, who I don’t think is afraid of anything, grabs a towel, throws it over the squirrel, rips it off the sticker and throws it out the door. Seriously…

We look down at where the squirrel was and there is what looks like a tail still on the sticker! We go outside and find the small squirrel clinging to the side of the house, terrified, and bald…